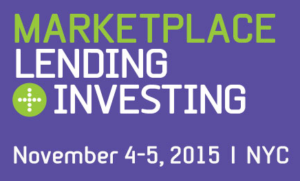 eOriginal returned from American Banker’s Marketplace Lending and Investing Conference with firsthand insight on the industry and confidence that marketplace lenders are not going anywhere.

Frank Rotman, Founding Partner of QED Investors and one of the many panelists of the conference, summed it up when he said, “It feels like the Internet in 2000. Everyone is chasing it, but they aren’t sure what ‘it’ is.”

During the opening keynote given by Goldman Sachs Vice President Eric Beardsley,  and Ryan Nash, Vice President of Equity Research, stressed how quickly the industry is moving. One telling sign: the company’s March report titled The Future of Finance: The Rise of the New Shadow Bank is currently being edited for re-release later this month due to the changes in regulatory scrutiny, importance of technology on business models, and more.
Changes to the Marketplace Lending Industry

Just in the past few months, the industry has experienced: 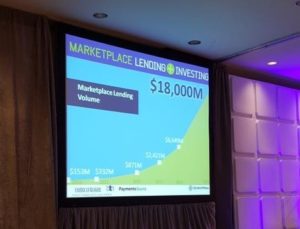 Nash compared the draw of alternative lending versus traditional banking to how Netflix streaming ousted Blockbuster movie rentals. Marketplace lending is revolutionizing and transforming the way businesses and financial institutions lend money across industries. According to the duo, marketplace lending responds to the nearly 50 percent of small businesses that state that they have difficulty securing credit.

Regulatory Scrutiny Still on the Rise

With the excitement surrounding this exponential growth, the rising compliance risks of the industry were not forgotten. With more than 25 federal regulators on the attendee list, there was a strong indication that federal regulators are clearly interested 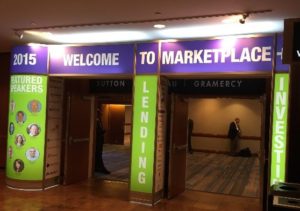 in the space – especially after the recent RFI from the U.S. Treasury Department.

Anjan Mukherjee, the Counselor to the Secretary and Deputy Assistant Secretary for Financial Institutions of the U.S. Treasury Department, reminded attendees that regulatory interest will not lessen, but most likely increase over the next year, even with the impending presidential administration transition.

As a result, and to stay competitive, marketplace lenders must adopt business practices that ensure compliance and enforceability of their financial assets. Many lenders believe this means throwing money at technology as a fix, with the majority of them investing in solutions that are perceived as “good enough” for the current conditions. Rotman argued, “Technology needs to be in your DNA.”

Technology Needs to Be in Your DNA 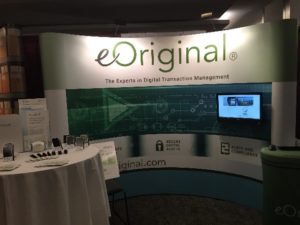 moment. Unfortunately, lenders who do not focus on the future of the industry will be beat out by the competition.

As complexity and risk rise within the industry, the need for ironclad digital contract management practices is essential. To gain the confidence of investors in a space that uses unconventional lending measurements, lenders must have a firm grasp on the ownership of their financial assets  with a first-class tamper resistance and an audit trail that can provide legally-binding evidentiary support when necessary.

Download our white paper on building future certainty in asset management within the marketplace lending industry.