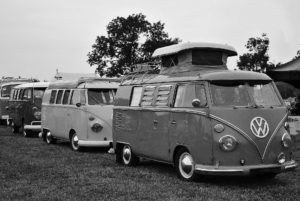 As the eOriginal team prepares for our annual trip to San Francisco to attend the DocuSign Momentum customer conference, I am reminded that 2017 is the fifty-year anniversary of the iconic Summer of Love. San Francisco was the epicenter of the events leading into a monumental summer to remember that kicked-off in the spring of 1967 with the “Human Be-In” festival.

You Say You Want a Revolution…

During the 1960s, rebellion against the “establishment” appeared in many forms. Frustrated by America’s increased involvement in Vietnam, the resistance to the draft and the racial unrest in many urban areas, a growing number of the younger generation at the time rejected the American way of life creating a movement, a “counterculture”. Hitchhikers from all over the country made their way to and around the Haight-Ashbury district in San Francisco to support the cultural and political revolution.

How Does This Relate to Digital Transaction Management, DocuSign and eOriginal?

The movement aspired to effectuate change through support of values and beliefs that contradicted the established power structure. The staged events, from concerts to burning draft cards, created much disruption representing a desire to change the way things were being done at that time.

While we won’t show up to Momentum wearing flowers in our hair, or have the pleasure of seeing Janis Joplin on stage, much to my chagrin, there will be much discussion around change in the financial services industry.

Specifically, the digital disruption and aim to digitize all things banking. While not a new concept, the tentacles of going digital have reached far beyond the initial execution of the contract and electronic movement of money to pay for the goods and services sold. Bulk transfer of assets or digital contracts that represent cash flow and finance of new business is the last leg of the digital transformation currently in “high gear”.

Digital Transformation is in High Gear

The digital transformation of financial services, like the 1960s revolution, could be pointed toward our youth and the technology-savvy, on-demand (some might say demanding) generation. Millennials, technologists and consumers alike want a better banking experience and to pay less. Most importantly, everyone and every business wants their money or goods faster and more securely.

The performance improvements through digitization impacts the speed of money movement, cost of providing capabilities and the return provided to the customer. All stakeholders, from consumers through to the custodians and bankers benefit in the end. 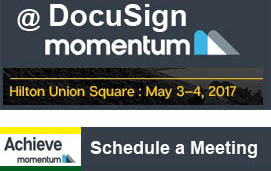 Meet Us at Momentum!

eOriginal is a proud sponsor of DocuSign Momentum, taking place in San Francisco on May 3 and 4, 2017. We would be delighted to discuss the value of our end-to-end digital transaction management solution at our booth, or you can schedule a meeting. In addition, our President, Stephen Bisbee, is leading a breakout session at 6:00 p.m. on May 3 focused on the FinTech movement, including the convergence of digital lending and traditional financial services institutions, including an industry use case highlighting DocuSign and eOriginal’s joint solution.