The electronic promissory note (eNote) is recognized as the most important piece of the mortgage puzzle; however, it is also can be the most challenging as its validity is essential for the downstream life of the loan on the secondary market. As digital mortgage technology processes continue to flourish, it is encouraging to see that barriers to adoption, specifically related to the eNote, are being addressed.

So Why is the eNote Critical?

The criticality of the eNote and the benefits to all participants was recently detailed in a white paper from Buckley Sandler, which explains:

eNotes confer clear and demonstrated benefits on both the mortgage industry and consumers through improved convenience, quality control and transaction speed. Among other benefits, an eNote: 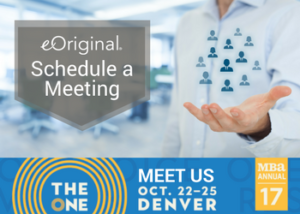 Last year, Fannie Mae and Freddie Mac conducted an industry outreach survey with the goal of understanding the barriers to adoption from a technology solution perspective. Respondents noted that the complexity of SMARTDoc 1.02 was an issue due to the fact that it required three different systems: One to produce the Closing Disclosure in an electronic form, one to create the eNote, and another to create paper.

Additionally, one of the key takeaways was that, “Lack of consistent and uniform set of processes/policies forces industry to adopt different closing processes depending on the market and that is a major hindrance for adoption.”

Survey takers were also asked what barriers they perceived as the greatest challenges. Responses indicated: “eNote vault is the biggest obstacle at this point.” And “Not enough clear documentation of the process to set up a vault, the requirements and the flow of information through the process. We had to build it ourselves.”

As we see a push for real digital change, participants in the mortgage ecosystem are increasingly seeking ways to maximize the benefits of a digital transformation and the focus is currently on the closing process, the creation of the eNote and moving away from aging legacy systems.

According to National Mortgage News, there are currently more than 342,000 eNotes have been registered on the MERS eRegistry®, with only about one-third still active. It’s hard to believe that electronic mortgage capabilities have been around for almost fifteen years, but adoption is still staggeringly low.

Notarize’s General Manager of Mortgage Solutions Jennifer Parker did a nice job breaking down the challenges associated with the eNote stating, “The industry currently requires MIMSO SMARTDoc version 1.02, which is now 14 years old.” 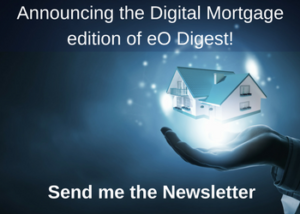 eOriginal has been very involved in the establishment of the new eNote standard. As the eVault provider to Fannie Mae, we have been working with them behind the scenes on the specification and release schedule. During the MISMO eMortgage session several weeks back, Mike Cafferky made an announcement that eOriginal, as their eVault provider, will be supporting the creation, execution and vaulting of the new eNote early next year.

From an implementation perspective, the GSE’s anticipate testing the new format with technology providers early in 2018 and are hopeful that the new format will be permitted in Q2 of 2018. Further, the goal is to require the delivery of the new eNote format early in 2019.

Next week, we are launching the inaugural digital mortgage edition of eO Digest, our monthly newsletter. This will be a great resource for all things digital mortgage and we invite you to subscribe to the publication. Additionally, eOriginal will be on the ground at MBA Annual later this month in Denver. If you are attending, please schedule a meeting with us at the event. Stay tuned to eOriginal for more exciting news in the near future!

This entry was posted in Digital Mortgage, eMortgage and tagged eNote, MBA Annual.